It’s time, once again, for a Customer Corner feature here on the blog. This month, we are excited to be featuring Metcalfe’s in central Wisconsin! These green-powered & community-oriented markets have a rich history spanning four generations! Read on to discover that story as long as their mission and values. Don’t forget to check out their website, Facebook, Twitter, Pinterest, & YouTube pages as well!

Imagine if your neighbors woke up early every morning to pick the ripest vegetables from the garden; collected honey from their backyard; always had the freshest baked breads; the most beautiful flowers. And they told you, “Stop by anytime, we have plenty to go around.” Well, that’s what it’s like when you shop at Metcalfe’s – where you’ll find more than 3000 local foods that come directly from your neighbors to you. Bring local home. 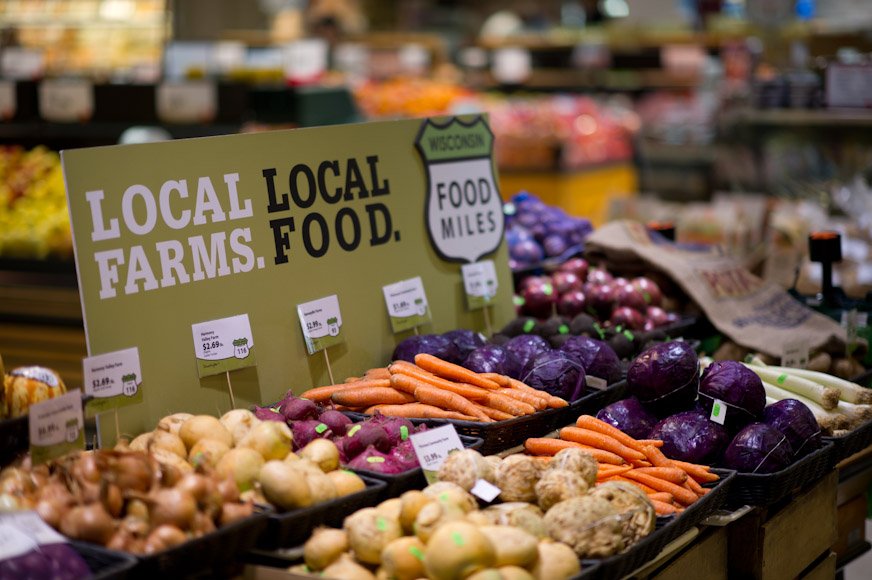 You’ll find over 3,500 local products on Metcalfe’s shelves, each marked with a “food miles” sign. It looks like a highway sign and shows exactly how far that item has traveled from the farm or producer to Metcalfe’s.

Metcalfe’s is a fourth-generation, family-owned and operated neighborhood market that has been operating since 1917. There are currently three locations in Southeast Wisconsin: two in Madison and one in Wauwatosa. Our markets are known for an abundance of local and premium quality foods. In fact, many of our own ingredients are sourced from local farms and artisans at the peak of their season.

We connect & enrich people, our community, and beyond. We create love, through consistently living our values: Service, Community, Quality, Excellence, Sustainability and Integrity. Community giving at Metcalfe’s Market is rooted in our belief that corporations, as well as individuals, are responsible for the welfare of the communities in which we live, work and play. We feel it is our responsibility to give back to our communities in meaningful ways. We are committed to donating to a wide variety of charitable causes. Every time you shop, a portion of your bill goes back into the community! 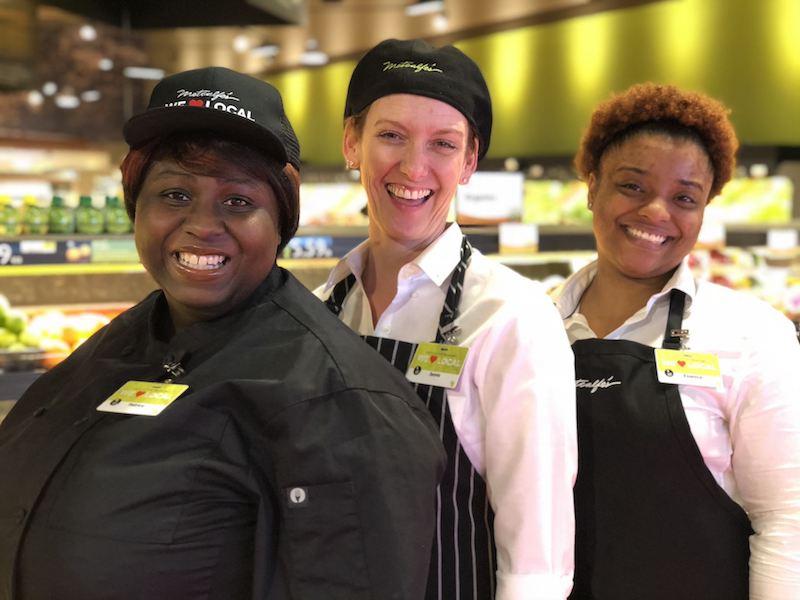 Here are a few of our happy team from Metcalfe’s West Towne.

The original store was founded in 1917 by Henry and Teresa Hess in Butler, WI, a suburb of Milwaukee. The family lived on the second story and rented the store areas to the Milwaukee Cooperative Association, a co-op grocery whose members used their collective buying power to obtain lower prices on groceries. In 1937, Henry’s son-in-law, Vern Metcalfe, purchased the store and he and his wife Mary took over the business.

About 10 years later, Vern and Mary built a new store just around the corner on North 125th Street and Hampton Avenue. In 1958, Vern and his two sons, Tom & Jerry, expanded again and built one of Metcalfe’s current stores just blocks away. The brothers branched out in 1969 by buying a Sentry store in Monona, Wisconsin, a suburb of Madison. Tom and his family moved to Monona where he ran that store until 1979 when the brothers closed the Monona store and purchased the Hilldale location. Tom bought out Jerry in 1989 and became CEO and President of the company. 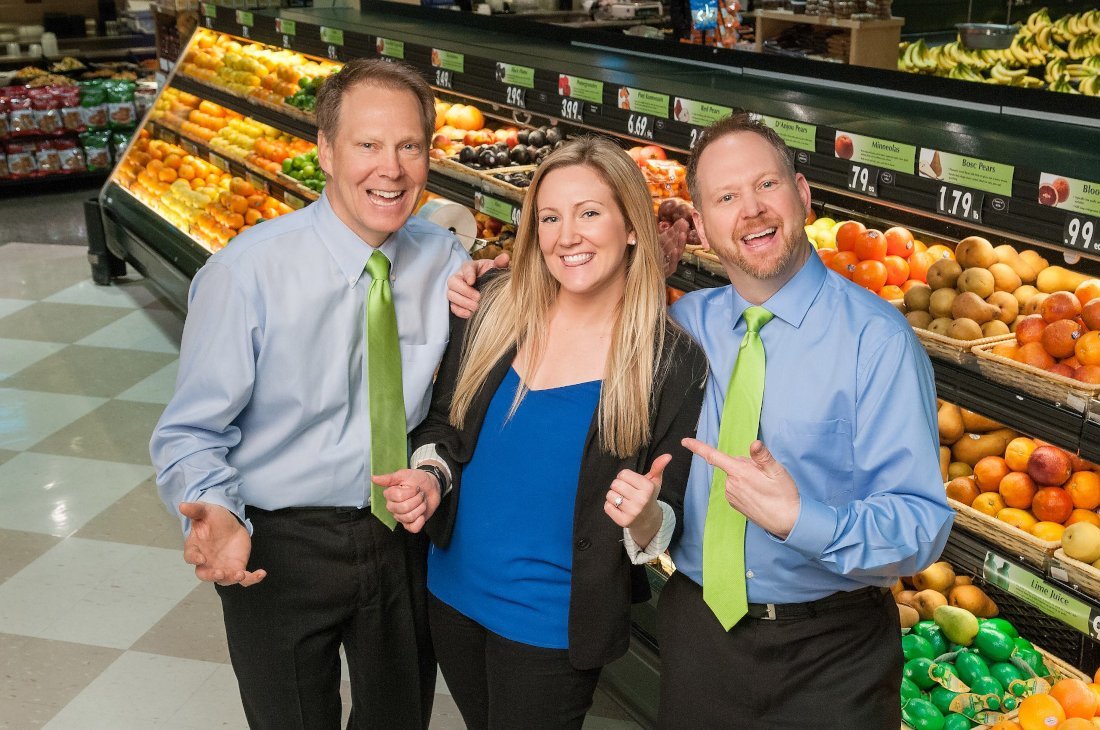 This is Tim & Kevin Metcalfe (current 4th generation owners) and Amanda Metcalfe (Tim’s daughter) the 5th generation who is currently the employee development director at Metcalfe’s.

In 2000, Tom’s two sons, Tim and Kevin Metcalfe, purchased the family business from Tom, becoming the fourth generation of Metcalfes to be in the grocery business. Tim took on the role of President of Grocery Operations. Kevin focused on the family’s real estate and development business. In April of 2001, the brothers expanded the company again by purchasing a Sentry Store in Waunakee, a suburb of Madison, WI. In January of 2003, the brothers purchased a Rainbow store in the heart of the village district in downtown Wauwatosa. 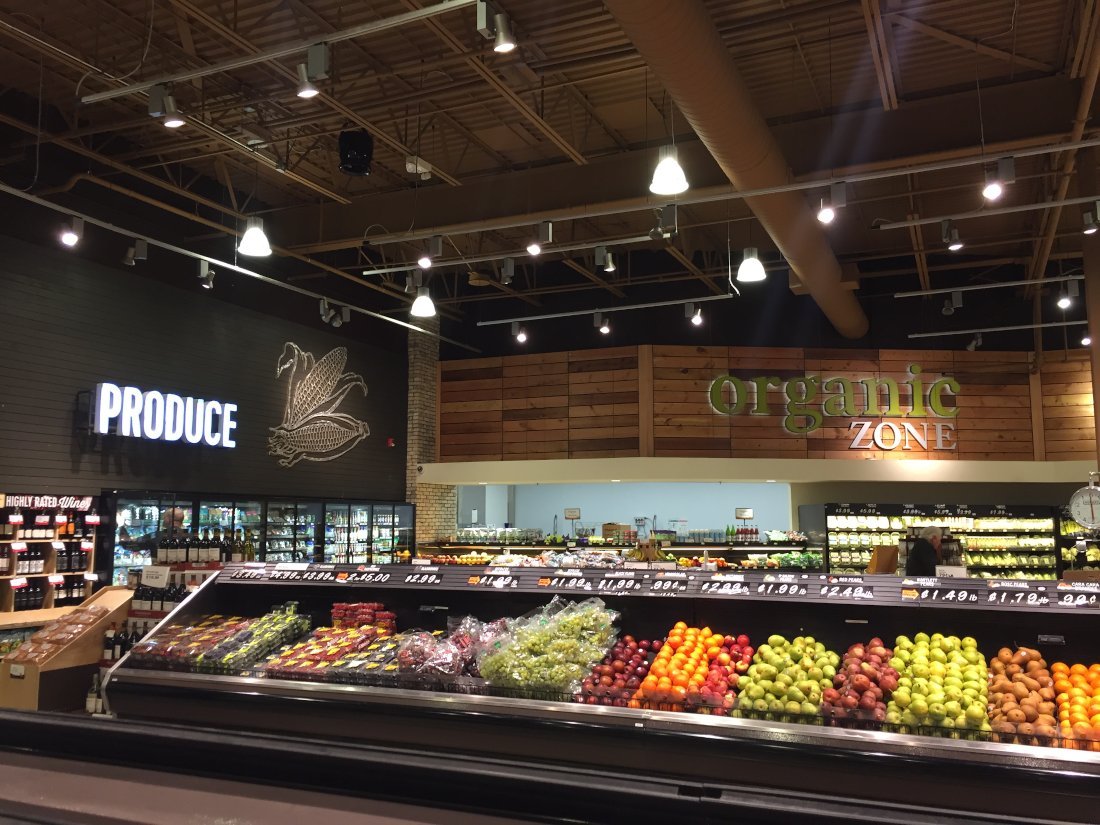 In January of 2001, online grocery shopping with home delivery was made available. Metcalfe’s now offers convenient online shopping, with pick up at any location – or the option to have groceries delivered. And, in 2008, Metcalfe’s Markets became 100% Green Powered, offsetting 100% of their carbon dioxide emissions from their electricity use by purchasing clean, renewable energy. All three stores are 100% green-powered – using power generated from wind, water and solar. Metcalfe’s stores also use energy-sipping LED lights. Shoppers who bring in their own shopping bags receive a .10 credit per bag. Those dimes are collected all year long. Then, Metcalfe’s works with local schools to provide reusable shopping bags. These are decorated by students and given away for free on Earth Day!

Today, Tim and Kevin continue to focus on the Company’s steady growth and commitment to providing total customer satisfaction while offering only the best to the customers of Metcalfe’s Market.