Hurricanes, heat waves, drought, wildfires, flooding: the effects of climate change are often severe and very apparent. It is easy to see how severe weather might effect your home and your lifestyle. However, even if you are out of the path of rising waters and raging storms, climate change might still be affecting your home in a smaller way; your dining table.

Sugar maple trees, the source of the pure maple syrup you enjoy in your home, are naturally occurring in the most northern parts of North America. These trees are well adapted to the cold winters and short summers of the region and thrive in this environment. With increased temperatures nation-wide as well as shorter winters and changing snowfall patterns, this habitat is shrinking and changing.

What does this mean for your maple syrup? It means that supplies may dwindle, flavors will change, and the maple sugaring season will be transformed from the process we know today. 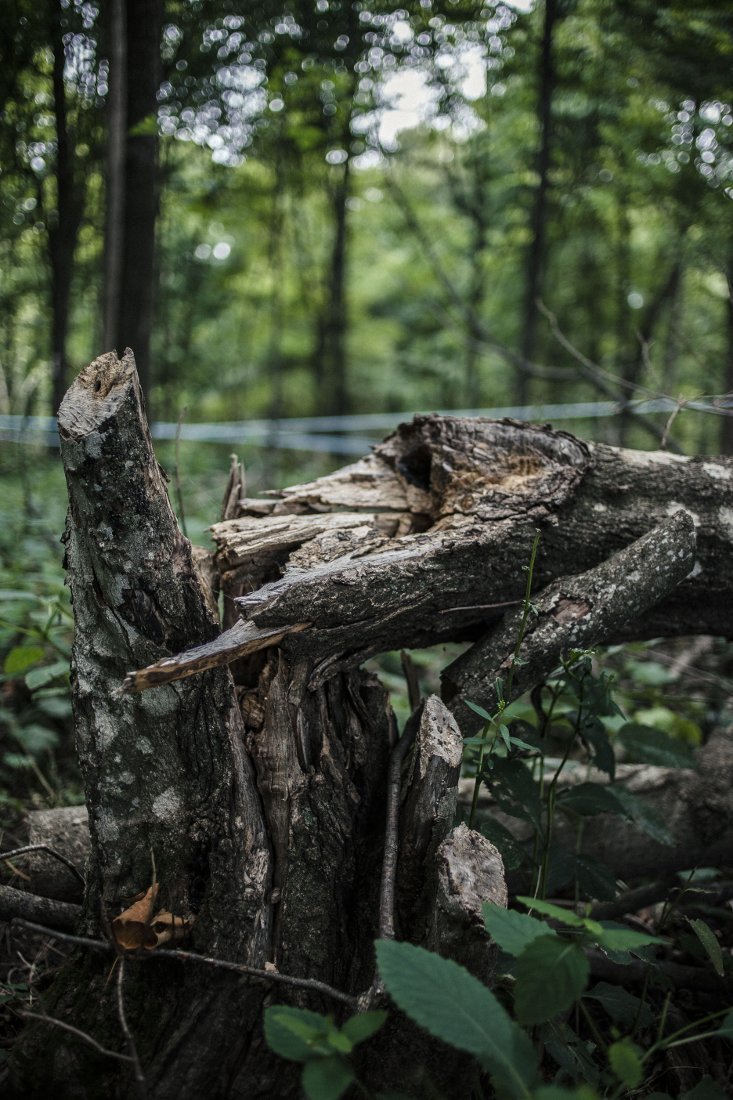 Shortening of the Season

According to Wisconsin Initiative on Climate Change Impacts (WICCI), spring temperatures have increased by 1.7 degrees since 1950. There have been increases of 2.5-3.5 degrees across the northwestern part of the state. Based on this study, they predict that spring temperatures will increase by 3 to 9 degrees by the mid-21st century. They expect the largest changes to occur across northern Wisconsin.

In addition to these higher temperatures, the dates of the season are also changing. According to a study done by NOAA in Burlington, VT, maple season temperature trends have been on a constant upward trend since 1904. Since each month is getting progressively warmer, the season starts and ends earlier each year. The total number of “ideal” sugaring days has also seen a decrease. This change averages around 2 days less than 67 years ago.

Earlier seasons mean earlier warming. With earlier warming, the last frost of the year is happening in March instead of April according to NOAA. This event is crucial to maple trees which require a frost cycle in order to produce sap. The daily cycle of freezing and thawing is responsible for the maple tree’s ability to create the pressure needed to draw sap from the roots to the crown. Without the freezing temperatures required to make this process occur, sap doesn’t run and cannot be collected. 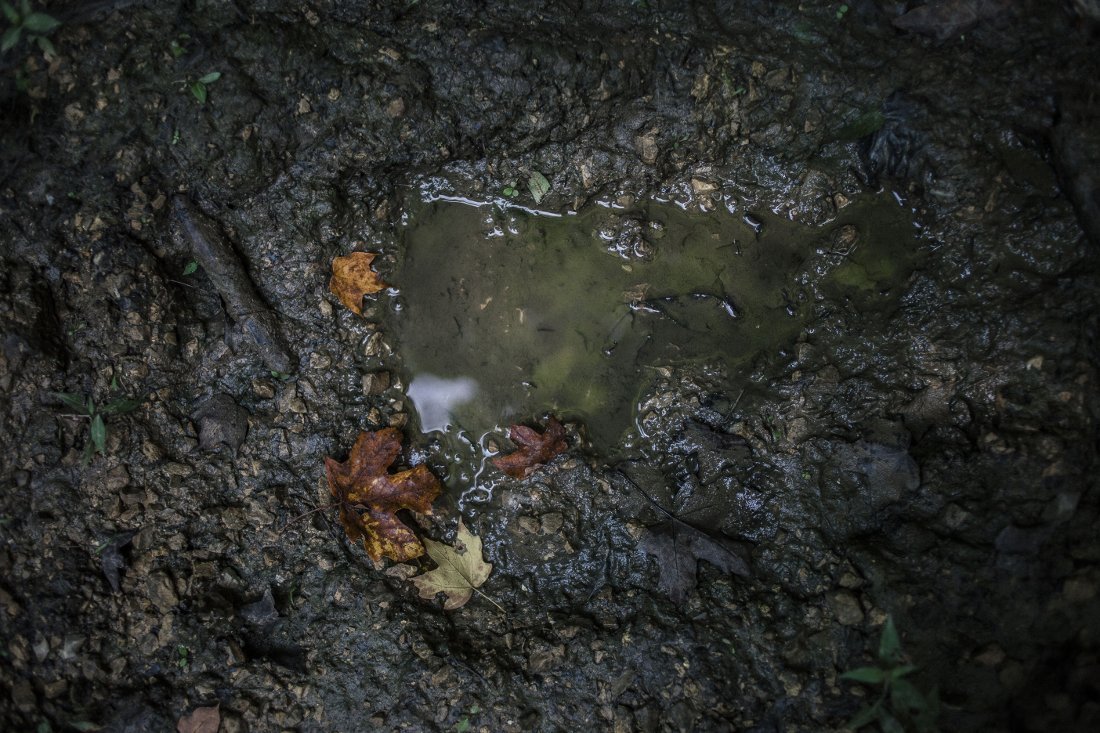 Without the protective insulation of snow, maple tree’s roots can freeze and be killed on a cold day. Warmer springs mean an earlier melt and a greater risk of this occurring. According to the United States Environmental Protection Agency (EPA), the amount of North America that has snow has declined nearly 500,000 square miles since 1970 and is continuing to decrease. They also show that the end of snow cover in the United States is trending earlier. The date is occurring around a month earlier than it did in 1972. The date of the start of snow cover has not changed much in that time. This means the length of snow cover season has shortened by the same amount. 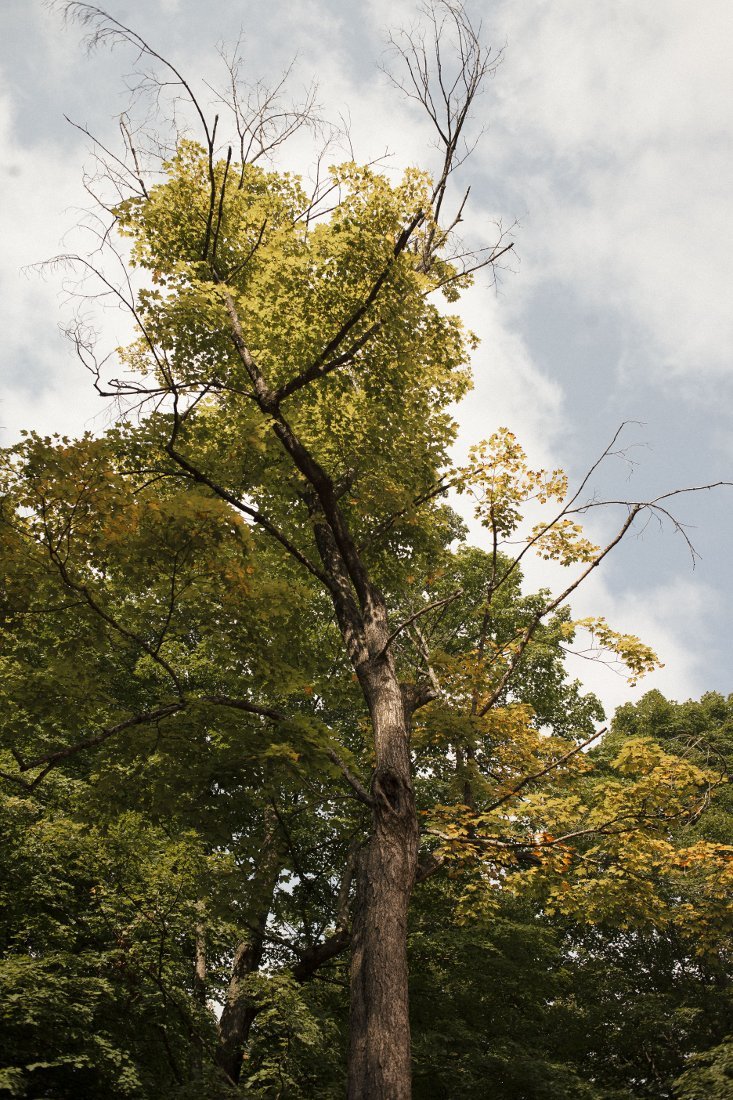 Warming temperatures and shorter snow cover is causing the southern part of the sugar maple’s natural habitat to shrink. The current natural distribution for sugar maples in the United States is limited to the northeast quarter of the country. It ranges from Minnesota to Maine, down to Missouri and back up to Minnesota. This area that touches 23 states. According to the United States Department of Agriculture (USDA), that range is projected to only include Minnesota to Michigan and Pennsylvania to Maine by 2071. This projection only includes 10 states. If climate change is not slowed or reversed, the habitat of the sugar maple will eventually be limited to the northern reaches of Canada. 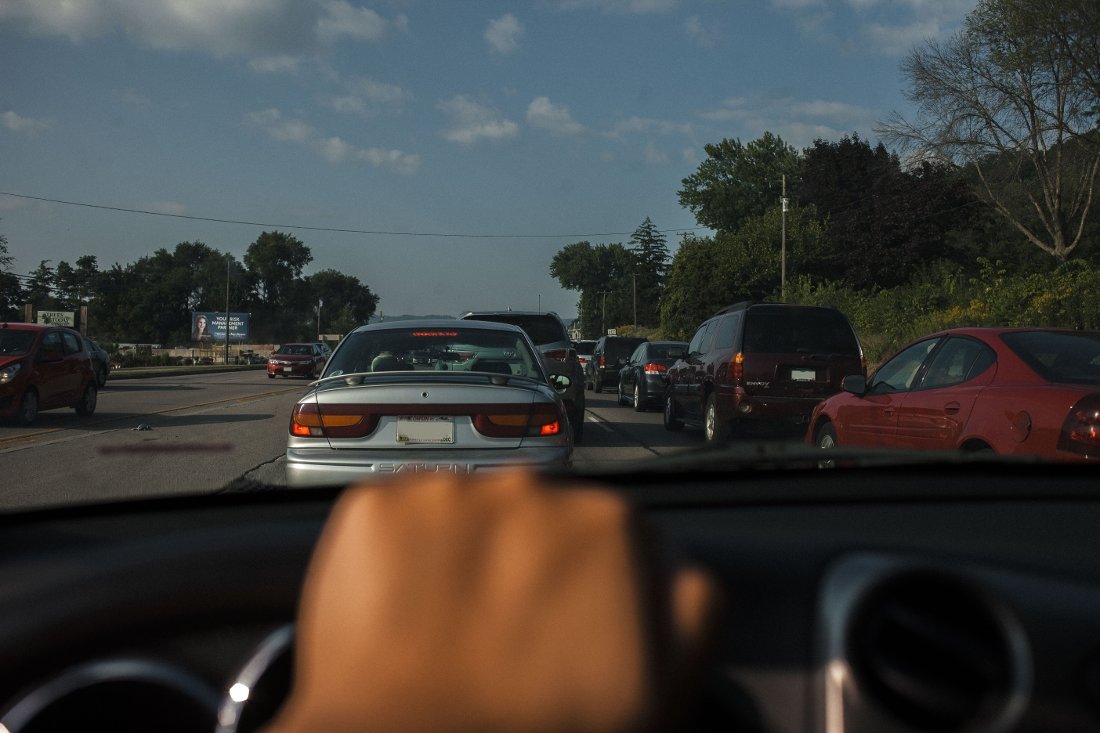 The many changing factors listing above are causing our current maple forests to be stressed and less healthy. This means a change in syrup flavor. According to MSU researcher Selena Ahmed, the sap of stressed trees contains higher quantities of secondary metabolites. These compounds contribute to the flavor and nutritional value of maple syrup. Syrups with a higher concentration of secondary metabolites are darker in color. Lighter, Amber syrups are becoming less prevalent as temperatures rise. Because it is lower in sugar content, more sap is required to make the same amount of dark syrup. Although dark syrup is often preferred to amber syrup by consumers, too many secondary metabolites can make the syrup taste bad. 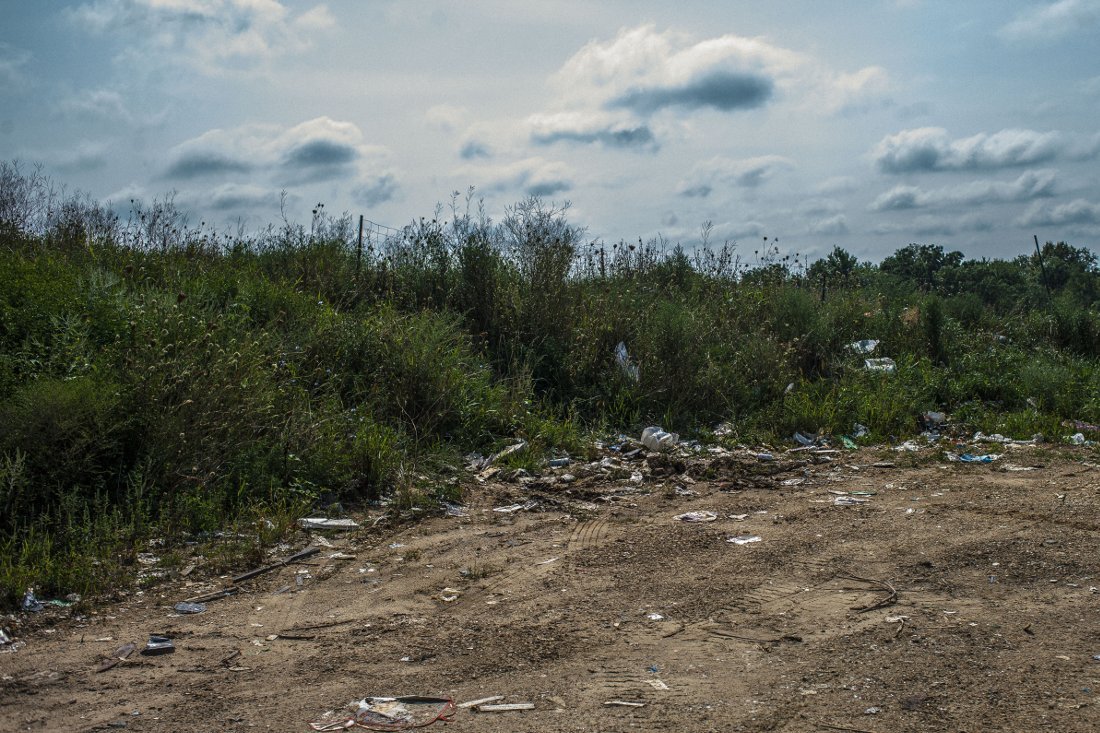 With the challenges of shrinking forests and rising temperatures, farmers and scientists are planning ahead. By thinking outside the box and studying potential alternatives to the current sugar-making method, they are hoping to one day be able to combat shrinking syrup supplies. Many farmers have begun looking in to the possibility of tapping different kinds of trees including other types of maple as well as birch, walnut, & sycamore. These trees are considered to be more hardy when faced with the challenges brought on by climate change. Their syrups could, one day, replace maple syrup on our kitchen tables.

Timothy Perkins & Abby van den Berg of University of Vermont Proctor Maple Research Center have also been researching an alternative sap collection method that could be utilized in the future. Their method involves the collection of sap from the cut surface of young, small-diameter trees. These cuts are made 5-6 feet above ground and fitted with a cap that collects syrup. A new branch is cut each year. Trees grow new branches yearly to make up for the cuts and are not hindered by the method.

This method yields much less sap than the traditional tapping method. Each tree only yields about 2-5 gallons of sap to make around 0.02-0.07 gallons of syrup. The benefit of the method is that trees can be planted much closer together than the larger trees grow. This means that, per acre, more sap can be harvested to make up for the deficit caused by a shorter sap season. 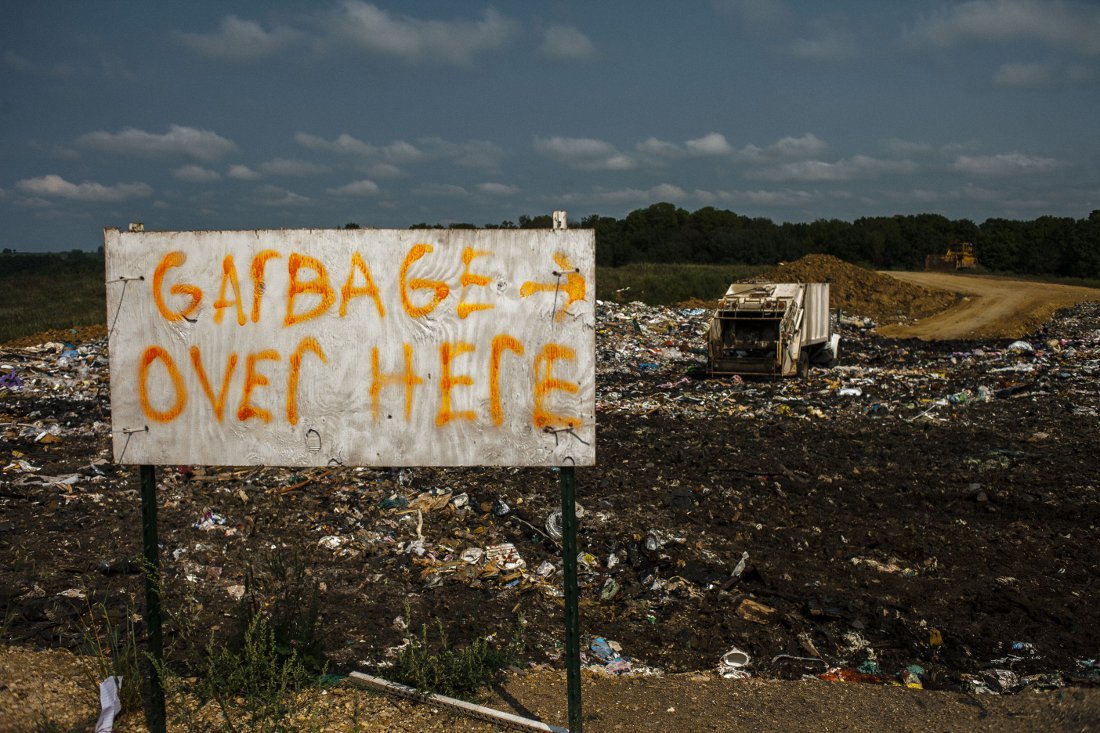 Although the future seems bleak for sugar maples and the delicious syrup they provide, the severity of these changes can still be lessened. By embracing alternative energy methods, reducing our consumption levels, and being more aware of our environment, we could slow and possibly even reverse the affects of climate change.

Sugarbushes, the industry term for a maple forest, already do their part. According to the United Stated Department of Agriculture, forests in the U.S. currently offset from 10-20% of our emissions each year. In addition to their role as carbon sinks, organic sugarmakers are required to maintain a healthy ecosystem in their sugarbush that encourages top-soil development and natural habitats for wildlife. In contrast to more invasive farming methods that lead to deforestation & increased methane pollution, maple syrup production is helping to protect our native forests and combat the destruction of global warming.

It is our responsibility to make a change to protect these forests and their habitat. If we don’t, our kitchen table spread may look drastically different in years to come. 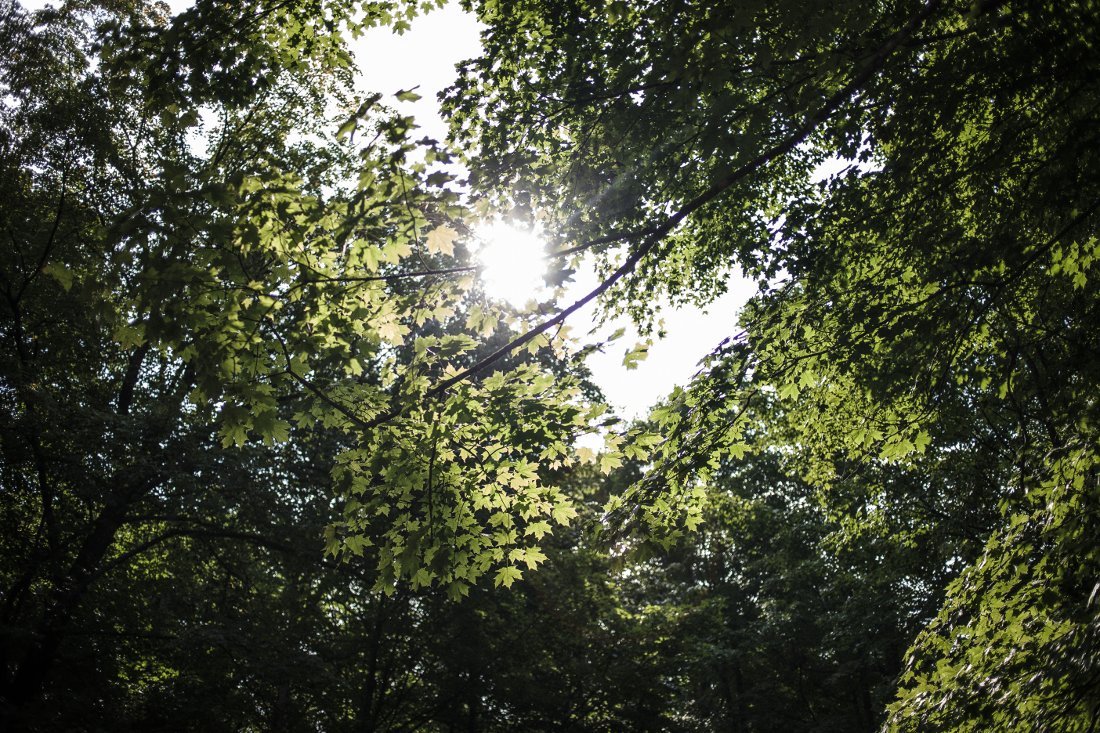