It’s time for another Recipe of the Week and employee Alex decided to try her hand at Pancake Bread. Who would have thought that the perfect vehicle for maple syrup could be upgraded into a loaf? Read on to see how it went for her and if you gave it a try yourself, be sure to leave a comment below to let us know what you thought. Enjoy!

Hello Friends! Alex here with another Recipe of the Week. I’m going to start by telling you that we don’t have a Trader Joe’s in our area. I know, it is tragic. The closest one is 2 hours away, a drive I’m not likely to take on a regular basis.  Because of that sad fact, I miss out on countless Trader Joe’s creations that I must enjoy vicariously thorough family and the internet.

Why am I telling you all of this? Well apparently, Trader Joe’s makes something called Pancake Bread and Inspired by Charm made a copycat recipe for it. When I saw this recipe on my Pinterest page, I jumped at the chance to experience some Trader Joe’s magic without the 2 hour drive.

Of course, it wasn’t enough for me to just follow a recipe and cover it in maple syrup. I wanted to convert this one to all maple, and I did. First, I replaced the sugar in the recipe with maple syrup and the topping to maple sugar. I wanted to make it gluten free as well, but I couldn’t get my hands on GF flour in time. You could easily substitute a GF all purpose flour in this recipe though, and it would work great!

I am not much of a baker and I had a few challenges with this one. However, the final product still turned out delicious! With luck you can avoid some of the issues I encountered.

There is a good amount of ingredients needed for this recipe. You are likely to have most of them on hand though, except maybe the sour cream. As usual, I went for organic wherever available.

The recipe starts with pre-mixing the topping, a pretty straightforward venture. I replaced the sugar it called for with maple sugar in equal parts.

Next was mixing the bread dough itself. I had a little trouble here. First, I started with a stick of butter I had heated, but had accidentally melted. I tried to whip it anyway, which worked, but then I started to worry that it was too liquid. So, I started over with a less soft stick of butter. This was also a mistake because it wasn’t soft enough and it just ended up being chunky. A happy medium of these two options would have been best, but if you run into this issue, don’t worry too much, Even with chunky butter, my bread turned out great! 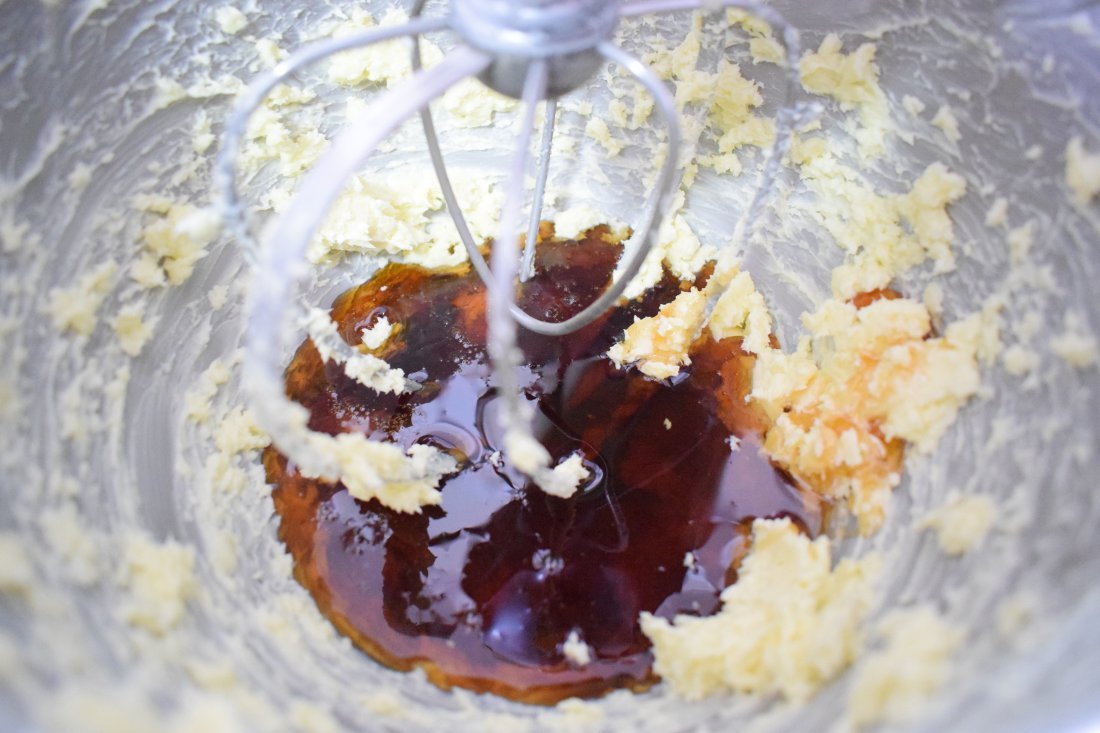 Once I had mixed everything in according to the directions, my bread dough was a little softer than the recipe stated it should be. This made for a moister, heavier bread, but if you don’t want that, you should cut back on the maple syrup just a little bit. 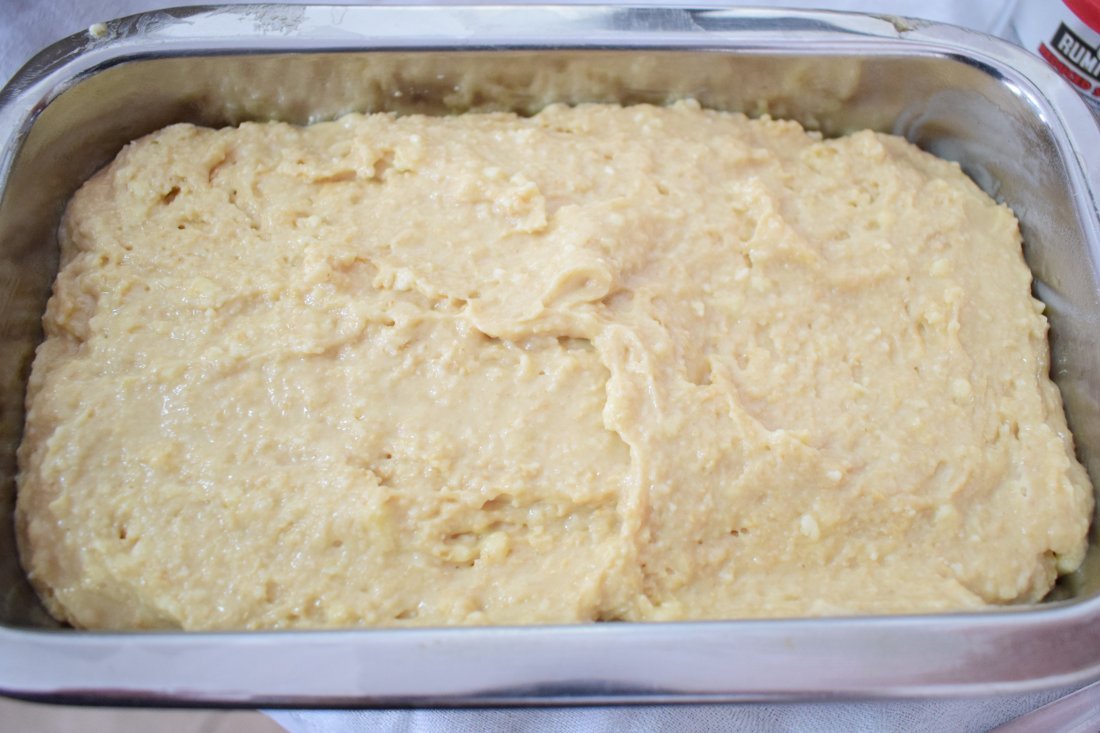 I added the topping to my bread dough in the greased pan and it was ready for the oven. 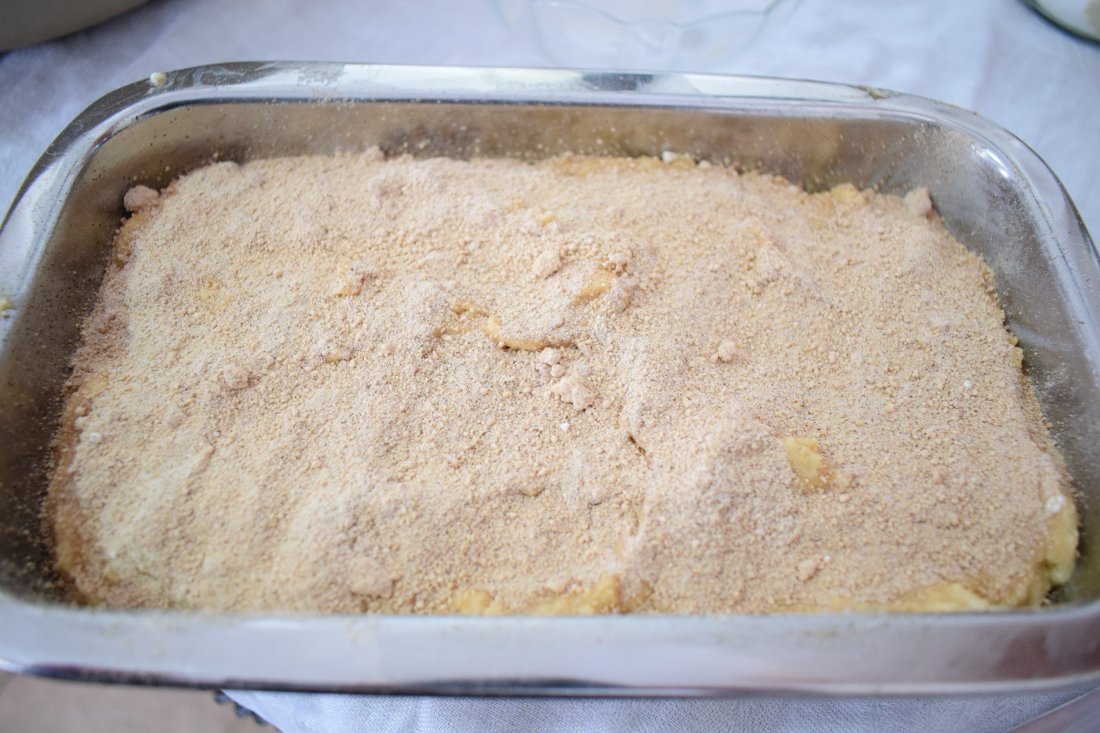 A note here, I lowered the oven temperature from the original recipe by 25 degrees as is recommended when substituting maple syrup for sugar. This did not change the baking time of the bread at all. It was ready after 1 hour of baking. 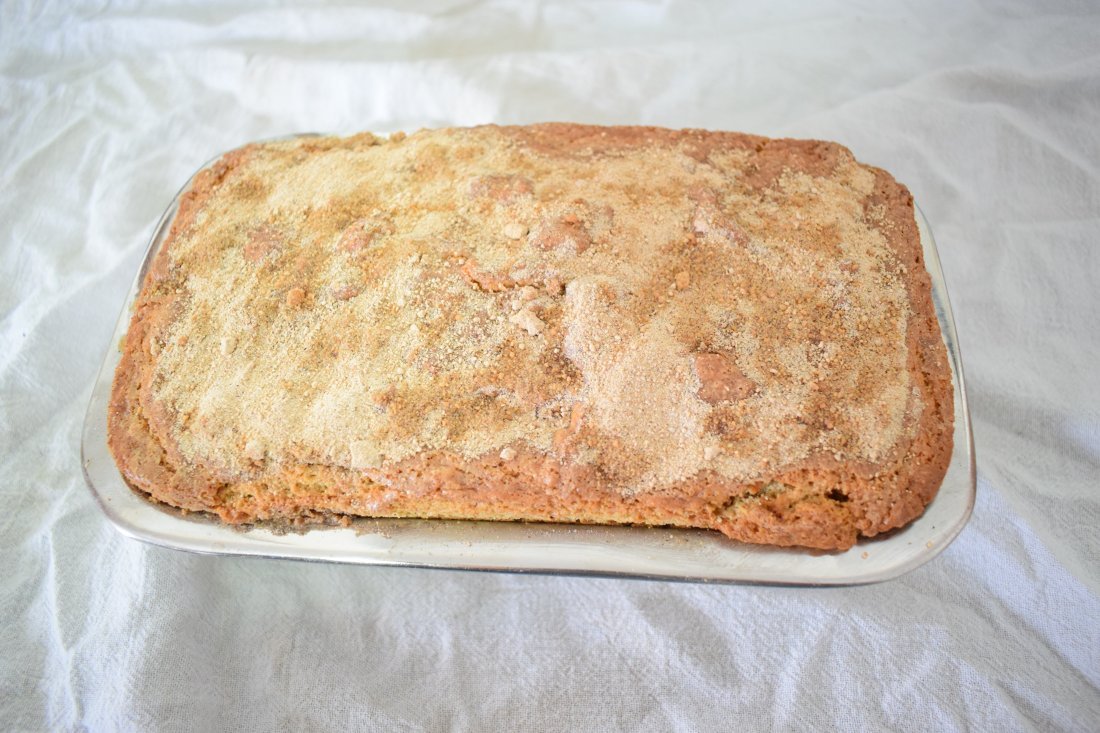 After 20 minutes of cooling in the pan, I ran into my second challenge. As instructed, I gently ran a butter knife around the edge of the pan being as careful as I could. It wasn’t good enough. The bread was still very warm and fragile at this point and running the knife around the edge ended up cutting off a section of the bread. 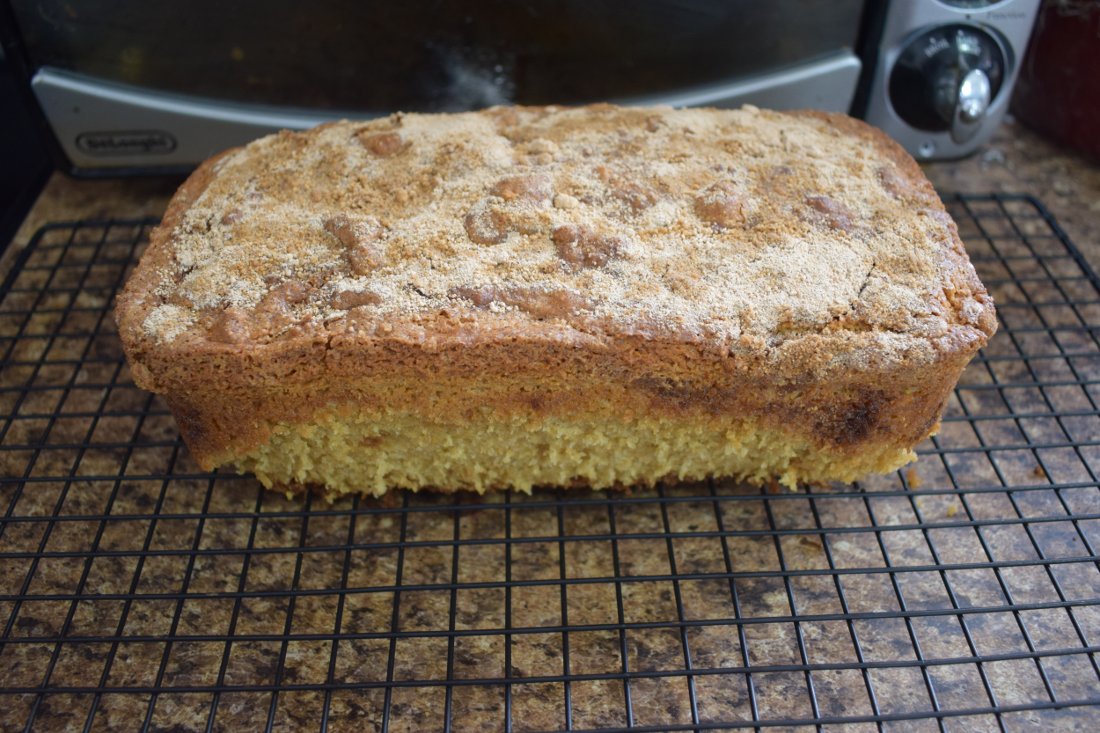 Once it had completed cooling it was finally time to serve. Since it is pancake bread, I decided to try serving it like pancakes. I cut off a couple of slices and added some butter and maple syrup to the top. Man does this thing soak up syrup! It puts regular pancakes to shame!

As for the flavor of the bread, it came out somewhere between pumpkin bread and coffee cake. I would not say it tasted very much like pancakes until I had it on a plate soaked in maple syrup. However, it was sweet enough on it’s own and did not need to be served this way. It was good both ways, but I think I would prefer this one plain. Modified recipe below!

Did you try this recipe at home? Let us know how it went in the comments below! 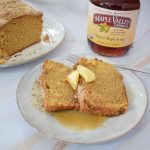