The History of Maple Syrup 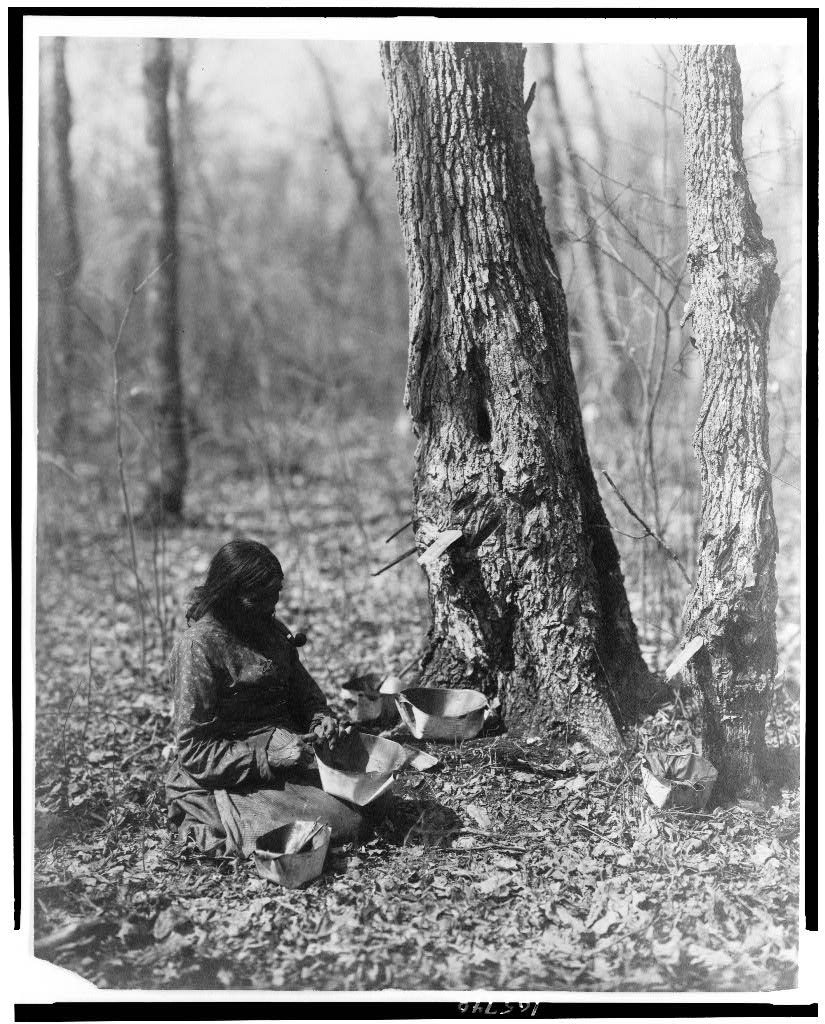 The origins of maple sugaring (the practice of making maple syrup from sap) are steeped in legend. Native Americans began the practice long before Europeans arrived in North America. However, no one knows what tribe first discovered it. There are multiple legends regarding its discovery.

One story states that Prince Glooskap found his people lazily drinking maple syrup right from the trees instead of working. As punishment, he added water to the syrup and made the sap only available in spring. Now, the people would have to boil down the sap instead of being lazy. Similarly, another story puts Kokomis, the son of the Earth Mother, in the role of Prince Glooskap. A third story, from the Chippewa and Ottawa tribes of Michigan states that the god NenawBozhoo cast the spell. [1] 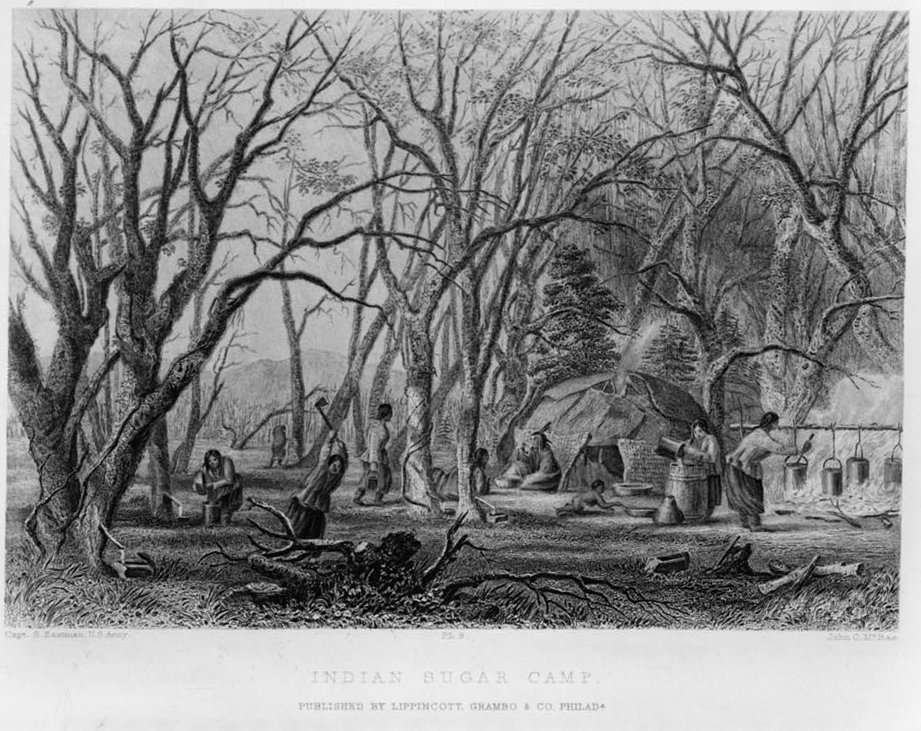 A different legend, retold in The Atlantic Monthly’s April of 1896 issue, tells of a woman named Moqua. It states that she was cooking moose for her husband Woksis. When her boiling pot ran out of water, she refilled it with maple sap. The boiled down sap formed syrup in the pot. [1]

There is one other legend that tells of a chief who threw his tomahawk into a tree. The tree began to drip with sap. This sparked the idea for his wife to cook meat in the sap. The final result was a delicious syrupy meal. It is said that this chief was the first to use the word Sinzibuckwud which means “drawn from trees”. Native Americans often used this word to refer to maple syrup. [1] 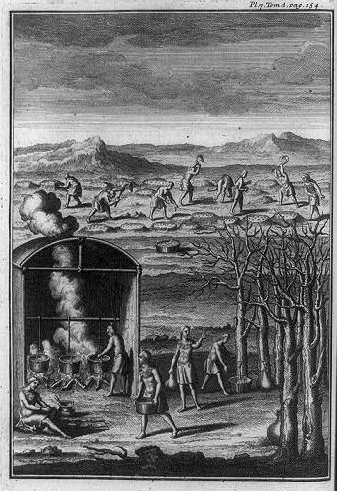 Early Native American methods of sap collection involved cutting a V shape into the bark of the maple tree and placing a wedge at the bottom of the cut. Sap would flow out of the wedge and into baskets that were placed at the base of the tree. Sometimes, Native Americans made these baskets of wood hollowed out with a hatchet. They used these year after year. Others were made of bark and were only used for one season. The sap was collected and slowly boiled until it became syrup. At this point, they would allow it to cool and it would be kept in baskets. Generally, the gathering and boiling of sap was done by women in the tribe. [2] 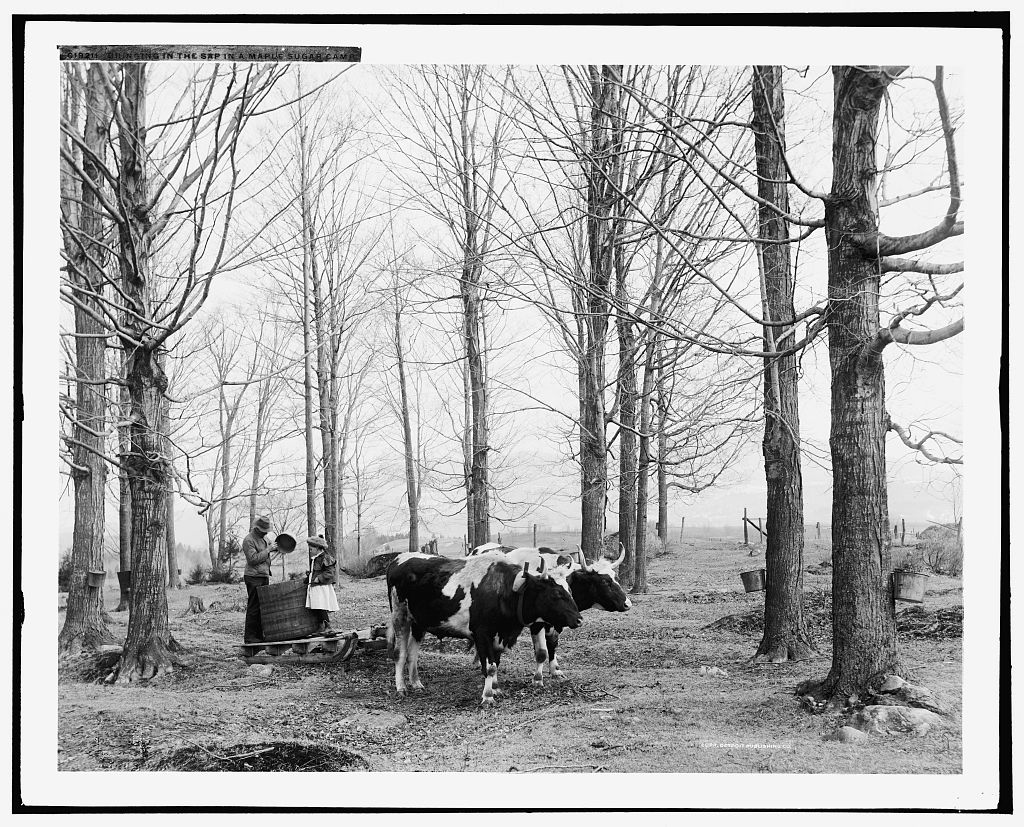 “Bringing in the sap in a maple sugar camp”; Detroit Publishing Co.; between 1900 and 1906; courtesy of Library of Congress

When European colonists settled in the area, they learned how to tap maple trees from the indigenous people. However, instead of using a wedge to extract sap, they would drill holes in the trees using augers. They would then insert wooden spouts into the holes and hang buckets from them to collect sap. Colonists made these buckets by hollowing segments of a tree to create a seamless container. [3] 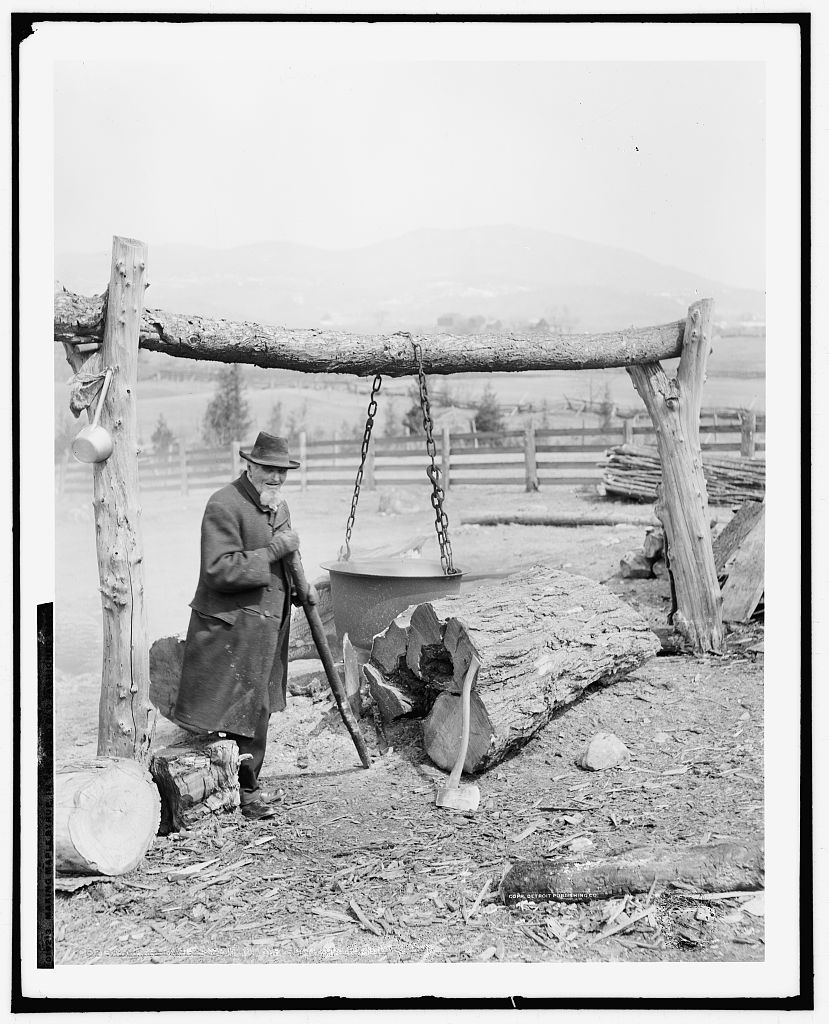 Draft animals were used to haul larger sap-filled containers to a central point (the sugar shack) where it was boiled down to make sugar & syrup. Maple sugar was much more popular in those times due to the huge expense of importing non-native cane sugar from other locations. [3] 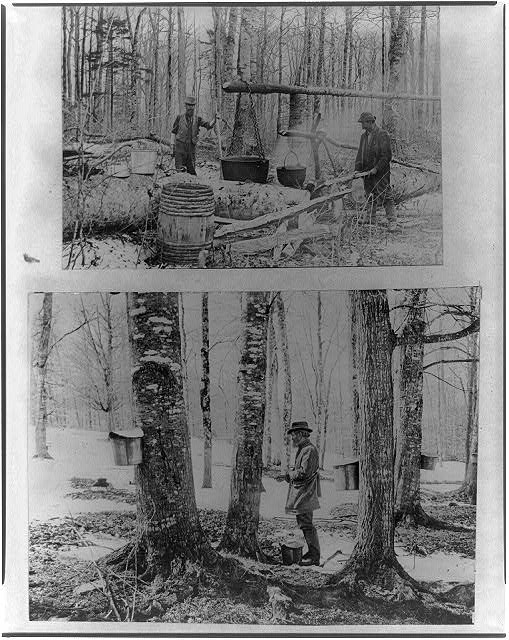 The 1800s saw many innovations in sap boiling. Around the year 1850, large flat metal pans became available. The increased surface area proved to be much more efficient than the previously used iron kettles. In the late 1800s a two pan evaporator became available which cut even more time from the process. Then, around 1900, the tin in the bottom of the pan was made to form flues which increased surface area even more. [3] 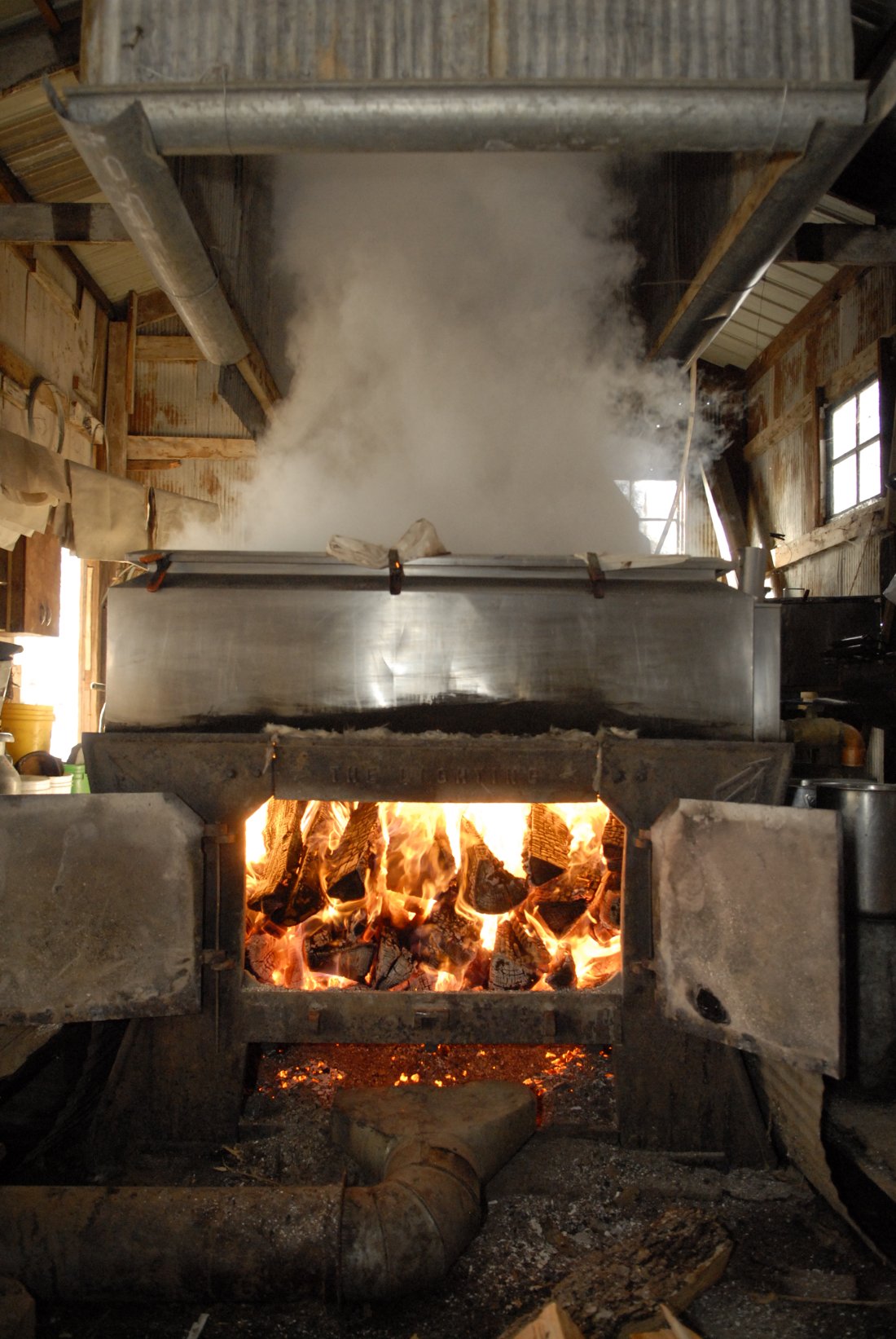 Because of the increased availability of cane sugar during the 1800s, producers switched their focus from maple sugar to maple syrup. Further technological innovations made it easier for them to produce larger quantities of this syrup. Soon, plastic bags replaced the buckets that were hung from taps. Also, tractors began to replace the draft animals used to haul large quantities of sap from trees to the sugar shack. In addition, producers sometimes used motor-powered tappers and metal tubing systems to simplify the transfer of sap from trees to evaporator. There were also more fuel options available for heating; in addition to wood, oil, natural gas, propane, and steam were also available. Finally, filtration was also improved for a purer final product. [3] 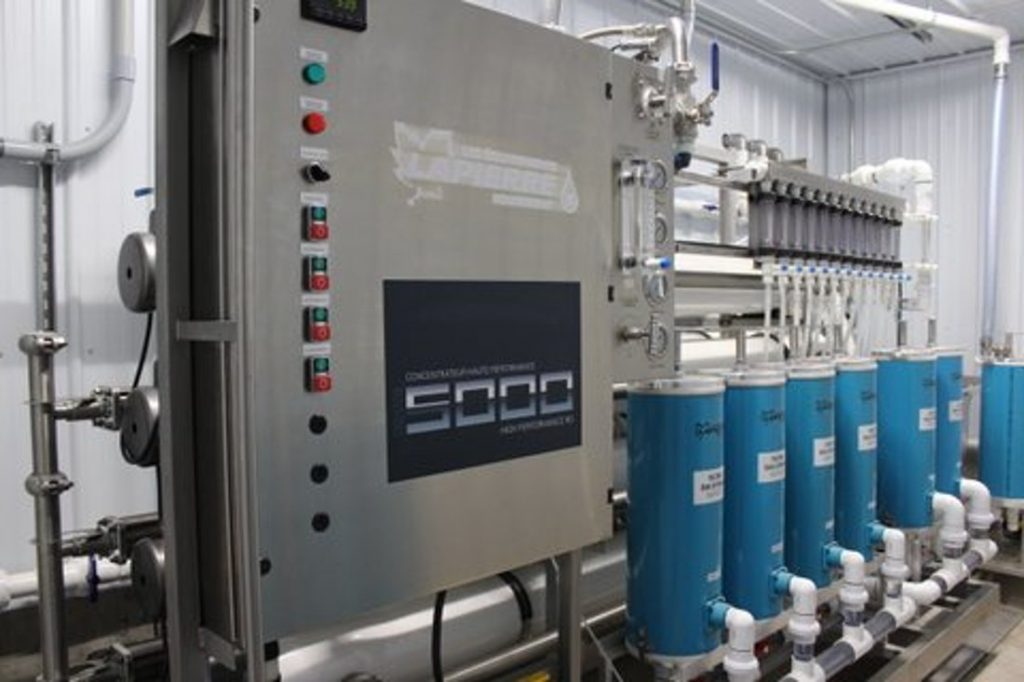 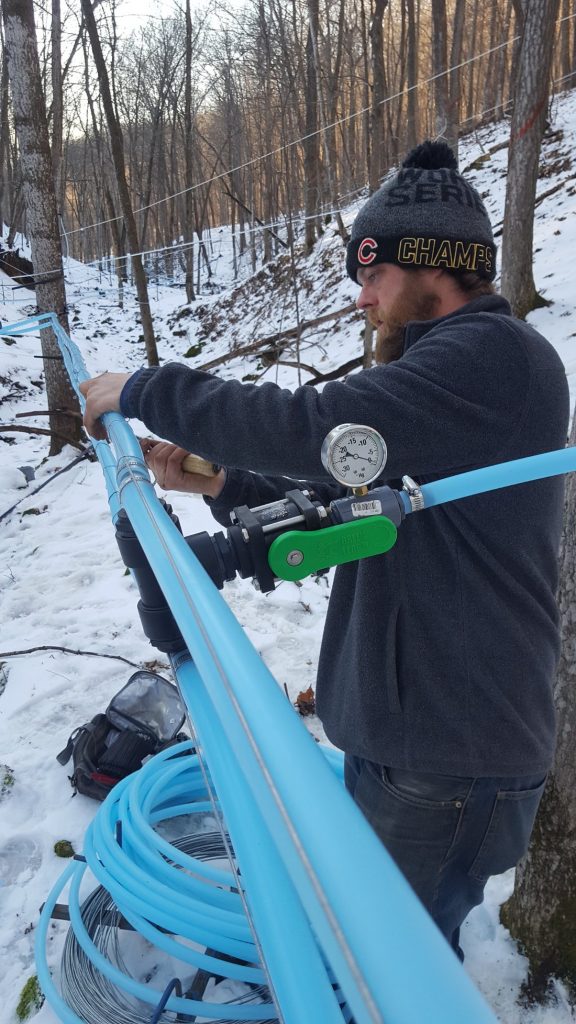 Today, there are many options available to producers. Depending on which method they use, they are able to greatly increase production and efficiency in their production, thus lowering cost for customers. However, at its most basic level, the process has not changed much from the original method used by early Native Americans.

The immediate future of maple sugaring could bring more innovations as the process grows in popularity. The Proctor Maple Research Center at the University of Vermont has an entire staff dedicated to maple research and the advancement of the trade. For example, in 2016 they published a study done on collecting sap from saplings. This new method could make maple syrup production possible in small acreage without naturally occurring maple forests. If you could time travel into the future, perhaps you would find this method to be the latest trend in maple sugaring.